Comment from a walker on the South Loch Ness Trail:-

I did the SLNT in September with friends. This was a sponsored charity walk over two days. I found navigation from north to south tricky in places but realised the other direction would be easier both physically and to navigate (due the lie of the land. I'd love to know the story of the Fair Haired Lads Pass

This walk has everything woodland, forest, moor, history.... Thanks for all your work. 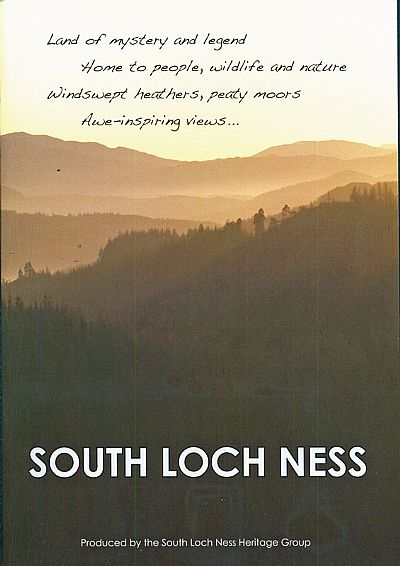 There is a really good little book available for just £2.99 that gives great info on the South side of Loch Ness and you can buy it with Paypal by using the following link

If you want to read further about the area, the gold standard is Alan Lawson's book "A country called Stratherrick" and this can be got from the South Loch Ness Heritage Group.

Thanks for creating a first class route which I wanted to ride (bike)on the openning Saturday but chose yesterday  instead because the sun was shining. I knew most of the route already but the new section between Inverfaragaig and Dores at Creag a Ghiubhais was first class because it openned up one of the most spectacular views of loch ness. The entire circuit took just under 5hr to cycle starting from Inverness including getting lost once.
May I say that I think the trail is not accurately mapped at grid reference NH600331 when the track turns up to the right and follows the forrestry track road through the wood to the main through track (marked with white stone).